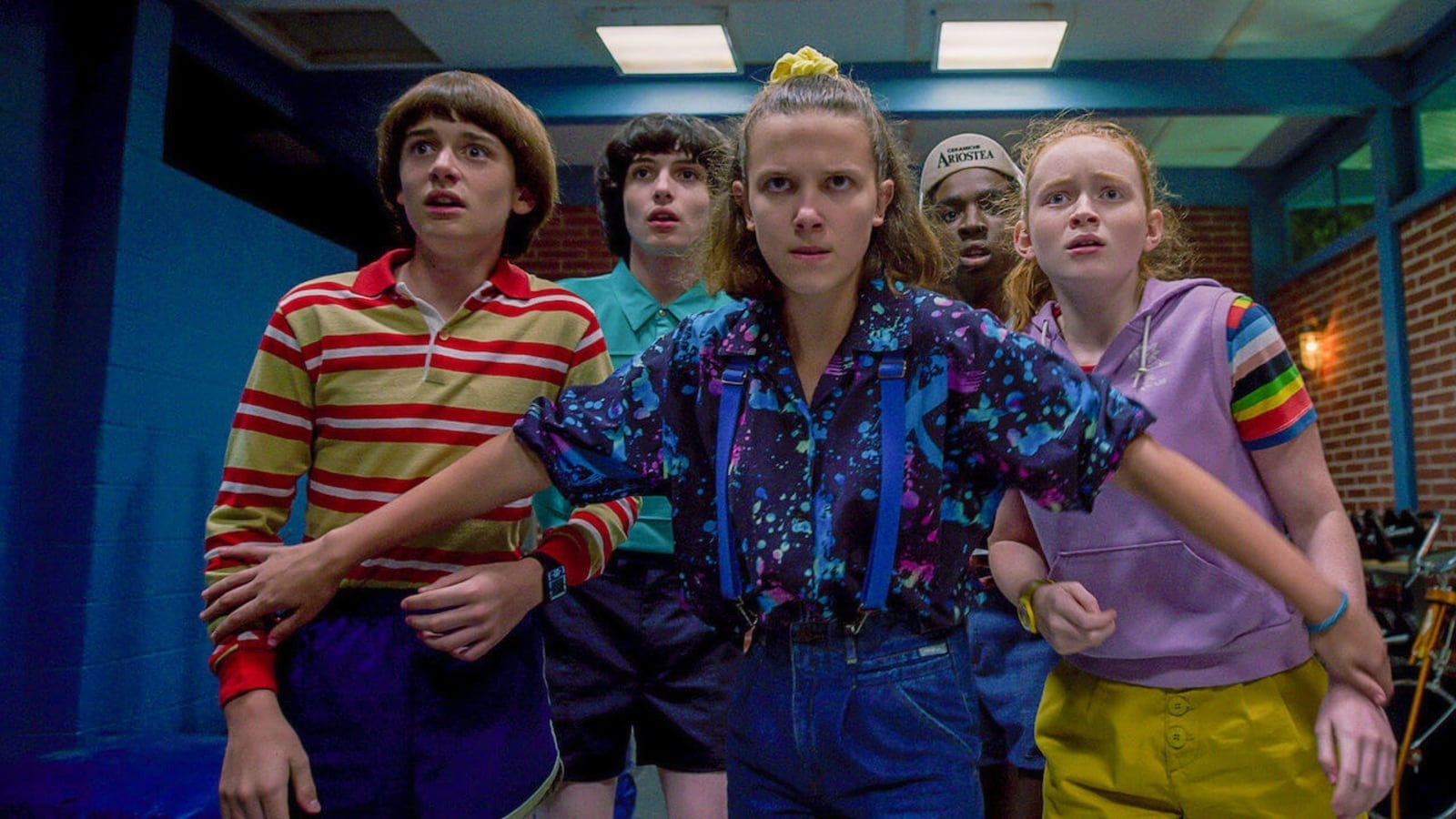 Missing Stranger Things? These seven shows will give you the same haunted vibes!!

7 Shows Like Stranger Things: Stranger Things Season 4 has finally ended. They are the two longest episodes in any web series ever. And fans watched it like they were just 30 minutes episodes.

The hype for the second volume was unreal. And with the show ending on a cliffhanger, fans are desperately waiting for the fifth season. We can’t give you the fifth season, but we can suggest some similar web series.

All of these shows have the same spooky nature and will haunt you for a good amount of time. Here are the 7 Shows Like Stranger Things that you should watch.

The first season of Riverdale was just amazing and was an instant hit. The show is based on Archies characters and follows the lives of six friends living in the town of Riverdale. And the town is really dark.

Well, the first season was truly good. But after that, it started falling down and that is the exact reason why you should watch it. It is a kind of show you can watch without worrying about anything. Things won’t make sense and there are lots of plot holes and that is the true magic of the show. It is so bad that it has become good.

Slasher is an anthology series revolving around a masked killer with an unknown motive for killing their victims. There have been four seasons of Slasher so far, and all of the season’s involved different killers and different victims.

This show will cater to every viewer as every season has different sets of rules and aesthetics. The cast is good throughout every season, and every season has at least one standout performer. Overall, a very good Slasher series.

One of the best Science-Fiction series that you will ever watch. From a compelling story right down to an amazing cast, the show is near perfect in all aspects. It won’t be wrong to say that Sense8 is truly a masterpiece of a show. And Sense8 is definitely one of the best in terms of cinematography.

It revolves around seven people around the world who are connected mentally. They must find a way to save their eighth sensate as they are hunted by a group who thinks of them as a threat to world peace.

The only bad thing about Sense8 is that it only has two seasons and 24 episodes. The show was canceled by Netflix after 2 seasons and it’s just absurd. They released a movie tying up all the plot holes, but the show had so much potential, and they just ended it like that abruptly.

The show is just perfect. You can judge it from the fact that it climbed to the number 1 show as soon as the third season was released and remained there for almost 4 months. The hype regarding the show was unreal.

This three-season masterpiece has everything you want in a Science Fiction thriller. Everything from the plot, cast, cinematography, acting, and the soundtrack is beautifully executed. You will need a couple of days after finishing the show to cool yourself down.

This mini-series is one of the most poetic things I have ever watched. When I started this mini-series, I had no idea what I was getting myself into. But as the show started, I was more and more intrigued by the things that I saw.

The show revolves around two individuals who are selected for a pharmaceutical trial for a drug. They were promised that there would be no side effects and it would solve all their problems. And as expected, things did not go according to plan.

Maniac has Jonah Hill and Emma Stone in the lead role. It is one of those rare moments where Jonah showed us that he is not just a comedy actor and can be versatile as well. At the same time, Emma Stone is just brilliant as always. One of the finest mini-series ever.

Another anthology series on the list. Another show shows us the dark side of technology that we so blindly trust and depends on. And it is truly a beautifully scary show that will send a shiver down your spine.

The series is just phenomenal, and there is not a single bad episode. The best thing is that every episode has a different story, and you can watch any episode without thinking about the story till then because it is an episodic format show.

The best advice we can give you while watching the series is that don’t binge it in one go. Watch it slowly and steadily. Let all the episodes hit you down, and you will realize how amazing this series actually is.

The Haunting of Hill House

This series will scare you. It will give you creeps and goosebumps. The scene where the sister drives the hose is one of the best scares I have ever seen in a series. It depends on jump scare, but it does them right.

It is not your average horror cheesy show. Both of the Haunting house series treats horror element as secondary. These are drama-based shows that focus on character development and use Ghostly apparitions as a plot driver. They are creepy, dark, and scary as well.

Here are the 7 Shows Like Stranger Things that you should watch. As we have said earlier all of these shows are spooky and scary at the same time. Some of the shows on the list are pure magic and you should watch them.

You can also read other lists like Top 7 SCARIEST Movies created yet! to get more suggestions like these.