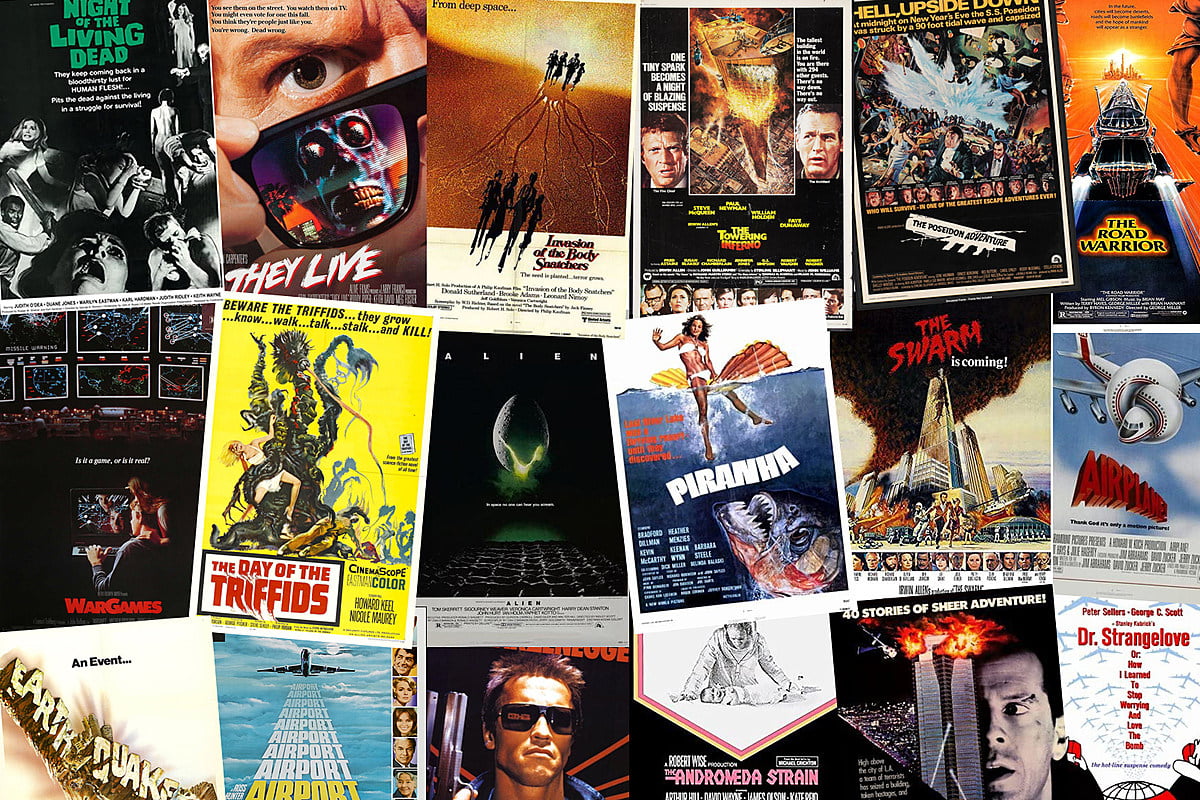 Disaster films are as old as film itself, and their evolution in the twentieth century has been fascinating. Innovative filmmakers have pushed the boundaries of technology to bring the public thrilling visuals of tremendous destruction, from Fire! (1901), a video of firemen fighting a blazing house, to the CGI imagery of Titanic (1997), the highest-grossing disaster film of all time. For every disaster film that is founded in fact, such as Earthquake, there is another that completely disregards reality. The flicks below accomplish just that.

The Glass Tower, a 138-story skyscraper in the centre of San Francisco, has just received its final touches. To commemorate the dedication of what has been bill as the world’s tallest building, a large celebratory banquet with VIP visitors is a plan. Doug Roberts, the building’s architect, believes something is wrong with the structure. The contractors installed substandard wiring rather than the heavy-duty wiring he requested. During the height of the joyful spectacular, the overworked wiring develops short circuits, and the Glass Tower quickly transforms into a massive towering flame. The approximately 300 guests are stuck on the 135th level of the skyscraper, where the party is. Fire Chief Michael O’Hallorhan devises a bold strategy to save the trapped guests right away, but his efforts swiftly turn into a race against time and the frantic visitors.

Patrick O’Leary, patriarch of the O’Leary family, gets kill in an accident near Chicago in 1854 while travelling over the western prairie. Molly O’Leary, who works as a laundress, raises her three sons alone. Her son Jack becomes an idealistic lawyer, Dion a gambler, and Bob assists his mother in the laundry business and marries a local Gretchen in the old Patch. In Gil Warren’s cabaret, Dion meets singer Belle Fawcett, and the two fall in love and marry. They also start their own company to compete with Gil, who turns out to be their adversary. Gil, on the other hand, encourages Dion to join him in politics, but Dion devises a strategy that ends tragically.

The SS Poseidon gets capsize around midnight on New Year’s Eve after being hit by a 90-foot tidal surge. Nine survivors are led by Reverend Frank Scott; Manny and Belle Rosen, an elderly couple, travelled to Israel to meet their grandchild. Mike and Linda Rogo, a New York detective and his ex-prostitute wife, are on their second honeymoon in Italy. Robin and Susan Shelby, a young brother and sister visiting their parents in Greece; haberdasher James Martin; pop singer Nonnie Parry; and a waiter from the cruise Acres. They journey from the huge ballroom to the bottom, now the top, of the ship, struggling through steam, fire, and rising water.

The Titanic, once man’s greatest technical achievement, now lays 3,800 metres below the surface of the frigid Atlantic Ocean. Almost a century later, the modern treasure hunter Brock Lovett and his well-equipped technical crew find themselves in the middle of the ocean, hunting for answers for the previous three years with no luck. However, when centenarian Rose Calvert, one of the Titanic’s few survivors, learns of this ambitious effort, she decides to share her extraordinary and terrible experience. One that weaves together the incredible journey of King Louis XVI’s beautiful, deep-blue Heart-of-the-Ocean diamond with Rose’s improbable relationship with young bohemian vagabond, Jack Dawson. Now comes an emotional journey down memory lane.

Stuart Graff, a construction engineer, gets alienate from his jealously possessive wife, Remy, and begins an affair with Denise Marshall, a coworker’s widow. Meanwhile, Remy tries to persuade Stuart’s boss, Sam Royce, to use his influence to prevent Stuart from seeing Denise. Lew Slade has been suspended from the Los Angeles Police Department after punching an inept officer from another jurisdiction. Slade, frustrated, considers leaving the police department. Rosa Amici, the sister of Sal, the aide to Miles Quade, an ambitious daring motorcyclist, is the object of Jody’s passion. When a massive earthquake strikes Los Angeles, destroying the city, all of these people’s lives are turned upside down.

Also Read :  Films To Watch If You Love Jake Gyllenhaal

NASA has been alerted to a doomsday asteroid that is on its way to collide with Earth due to the untimely demise of a shuttle in space. Drilling into its surface and detonating a nuclear weapon appear to be the only options to throw it off track. However, while NASA’s underfunded but resourceful crew prepares the world’s greatest drillers for the job, the world’s social order begins to crumble as word of the mission reaches the general population, resulting in pandemonium. Members of the drilling team are dealing with serious personal concerns that may compromise humanity’s final opportunity while high-ranking officials play politics with the project.

1969 is the year. Thunderstorms rage across an open plain in Oklahoma County, and little Jo and her family are about to retire to bed in a distant farmhouse, but her father is glued to the television, watching a tornado warning. The television announces that the approaching storm could be an F5, the strongest tornado ever recorded. Shortly after the family arrives at the storm cellar, a massive tornado strikes, passing directly over them and killing her father. Jo is now a storm scientist, working with her soon-to-be-ex, Bill Harding, on developing a tornado warning system 27 years later. Several attempts fail for various reasons, resulting in significant damage and death for their crew.