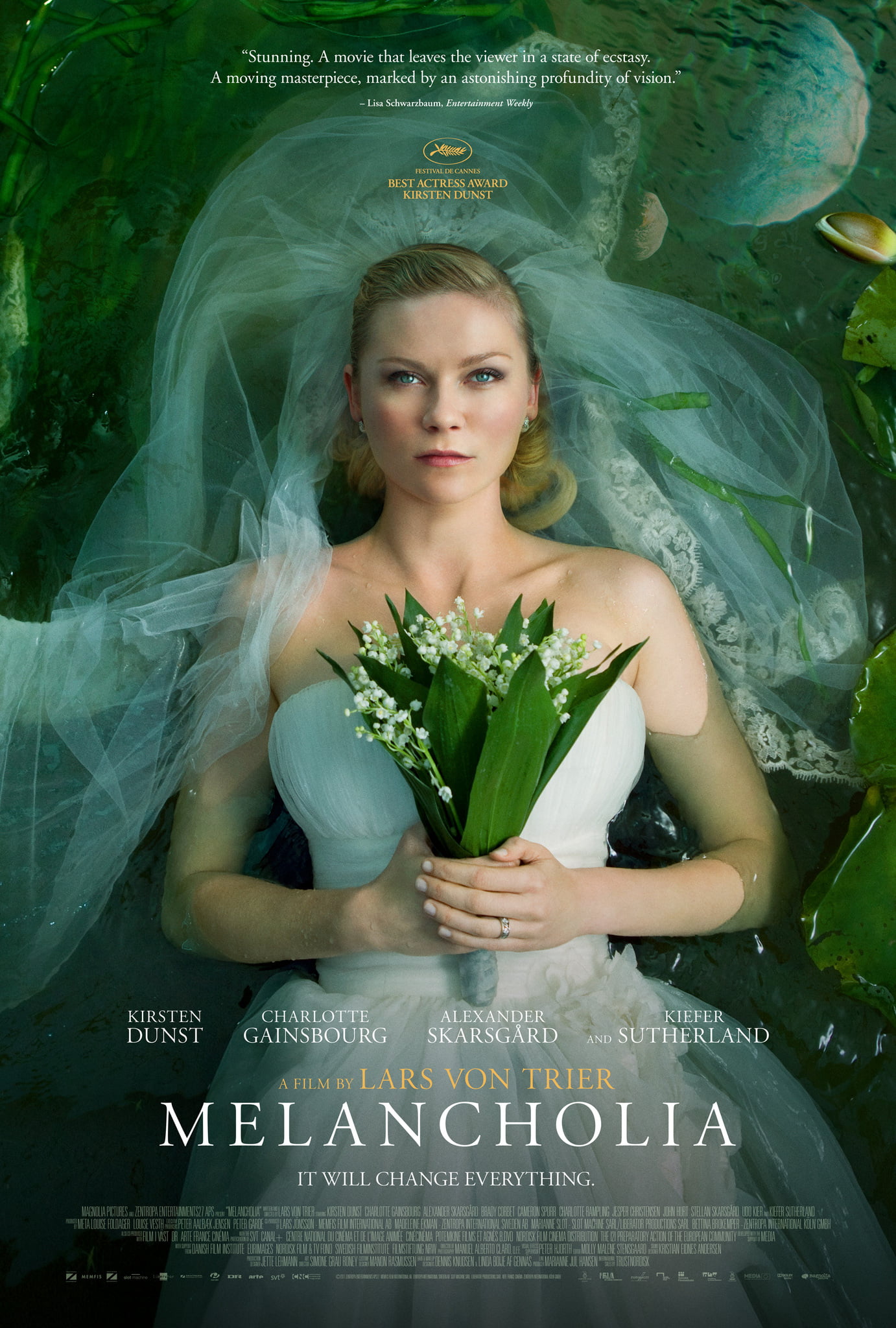 We all are fans of slightly bent emotional curves. As for today the aberration in the curve is a slight larger one. We at Reelsrated believe in pulling every stop. So, today we present to you a list of 5 movies that will leave your heart on a lower pulse. 5 weirdly depressing movies that will possess a section of your brains for a long period of time.

Lars von Trier has made up his reputation in the industry in a quite pertinent manner. When you see his name you better expect something weird coming your way. In Melancholia Dunst is overwhelmed by a great sorrow as she is able to foresee that the Earth is going to collide with an enormous planet called ‘Melancholia’. The events become interesting as the lives of Dunst and her sister entwine.

The film’s utmost sadness probably earned Casey Affleck his Oscar for best acting. From the brilliant mind of Kenneth Lonergan comes the film Manchester By The Sea. The film instills grief in your minds as the winter fog instills itself in your lungs. The story follows Casey as Lee Chandler stuck with a life scarring grief about losing his family. The film follows the drama caused by the death of his brother and how the broken protagonist copes with the situation.

Terrence Malick could be called the king of the melancholy genre. With a star studded cast he presents his viewers with the Knight Of Cups. Terry’s style include a combination of many irrelevantly beguiling visuals with the actual story generating a sense of confused and chaotic reason. The story follows with Christian Bale moving to Hollywood to become a screenwriter but somehow, the director manages to coalesce it with a story about a long lost prince whose actual kingdom still awaits him.

Anderson’s Magnolia has to break all norms of both weird and depressing. Spanning over more than 3 hours PTA brings to you a film studded with a question mark at every corner. Be it a confused relationship between two lonely people, be it an abusive father and child relationship or be it the despair that sits in the adults subjected to childhood trauma. Full of Annie Maan songs, Magnolia rains down all kinds of weird on you (Quite literally).

As we come to the final film of the list. We come back to the king of melancholy once again. Terrence Malick sweeps his audience with The Tree Of Life. Combined with the breathtaking cinematography of the 3 time Oscar winner Emmanuel Lubezki, Terrence just kills it this time. The story follows Sean Penn searching for the meaning of life through the fragments of his memory and his adherence to his religion.