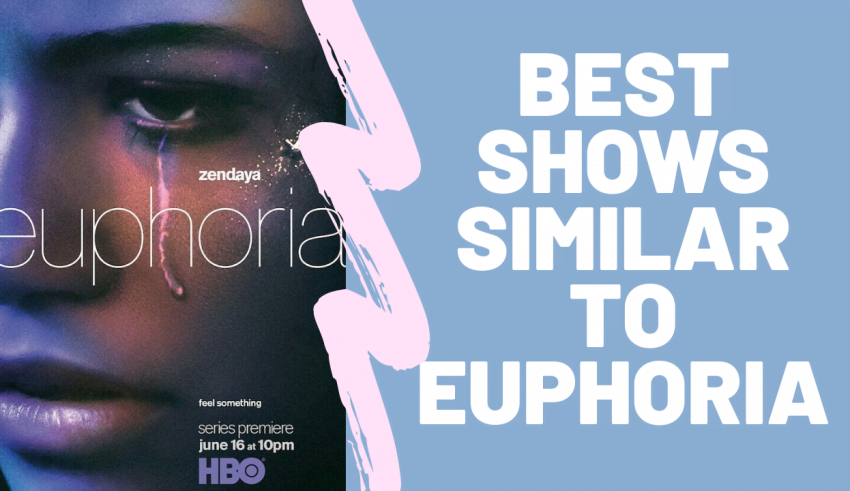 Euphoria is the most loved and praised teenage drama so far. From its stunning cinematography to its dialogue delivery and the talented cast with the best plotline, the shoe has made a special place. It is almost impossible to find another show with Euphoria‘s vibes but we have tried listing shows that are much alike Euphoria if you give it a try.

The story of a group of British teenagers attempting to mature and find love and happiness in the face of questionable parents and teachers who prefer to be friends (and lovers) rather than authority authorities.

The show deals with the subjects like mental illness, sexuality, trust issues along substance issues. Just like Euphoria, each episode centers around one character at a time. The show streams on Netflix

This Spanish language teenage drama revolves around the lives of three working-class friends who enroll in a high-profile private school. The show centers on the clash between new kids and their extremely wealthy classmates. The story comes to a twist when they witness the murder of one of their classmates.

The show talks about socially relevant topics like social status, drugs, homophobia, and religion. The show streams on Netflix.

An awkward teenage boy, Otis takes a page out of his therapist mother’s book and starts a sex clinic in his school, despite having no experience whatsoever, in partnership with his friend, Maeve.

The series gives the introduction to the need and demands of today’s generation regarding their sexual preferences in addition to breaking the tradition of normal high school life. Like Euphoria, it has different issues to cover like, homophobia, sexual identification, religion, etc. The show streams on Netflix.

James is a troubled adolescent who suspects he’s a psychopath. He kills animals in his spare time, but after feeling lack in that, he decides to move on to killing humans. Then there’s Alyssa, an angry, brash teen whom James decides would make the ideal victim. They never really get there, however, after fleeing home to go on a road trip together and becoming involved in a number of situations that spiral wildly out of their control.

The show is a dark comedy which could make Cinderella go Anabella. Like Euphoria, where Rues and Jules, two loners find common between themselves, James and Alyssa have got their own way of finding it. The show streams on Netflix.