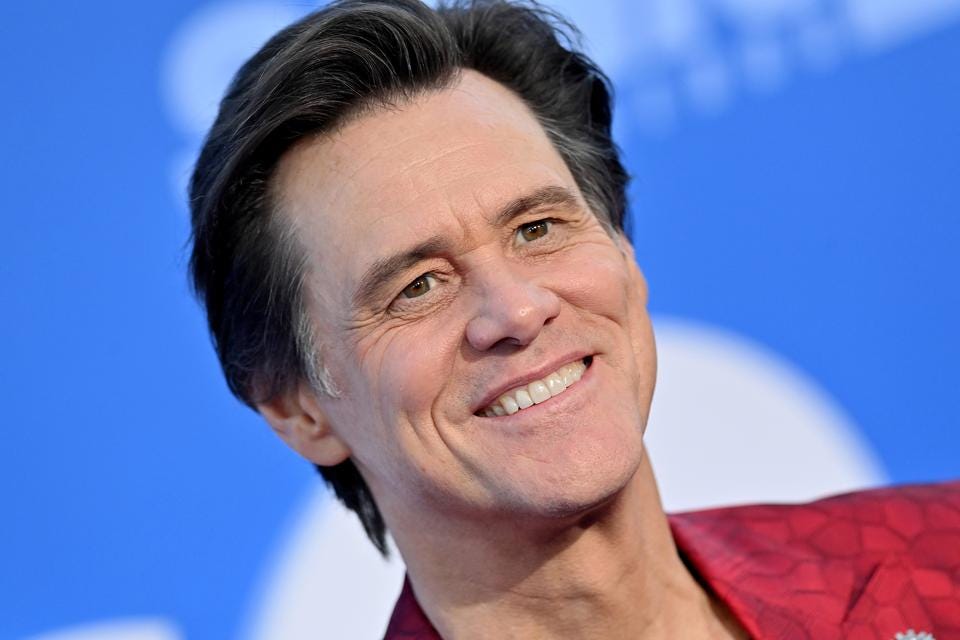 Jim Carrey is one of Hollywood’s most well-known actors. His spate of successful comedies in the 1990s propelled him to stardom as one of his generation’s most popular actors, while his more dramatic performances around the turn of the century established him as one of his generation’s most talented actors. Here are some of his best performances, ranging from the humorous to the sorrowful and everything you need to watch.

Truman Burbank’s well-ordered but mundane life has been defined by a great fat lie since birth. For over three decades, Truman’s entire existence revolves around the will and mad imagination of the viciously manipulating television producer, Christof—the all-powerful TV-God of an extreme 24/7 reality show: The Truman Show. As a result, Truman’s idyllic neighbourhood, with its groomed lawns and uncannily beautiful residents, is nothing more than an elaborate state-of-the-art set, and the only truth he knows is what the global television network and its deep corporate interests dictate.

Stanley Ipkiss’ entire life transforms when he discovers a supernatural mask housing the spirit of the Norse deity Loki. Ipkiss transforms into a supernatural playboy, exuding charisma and confidence, which helps him to grab the attention of local nightclub singer Tina Carlyle while wearing the mask. Unfortunately, Ipkiss also robs a bank while wearing the mask, which enrages junior crime boss Dorian Tyrell, whose goons are accused for the heist.

Ace Ventura, a hilarious private investigator who specialised in rescuing missing animals, investigates when the dolphin mascot of Miami’s NFL club is kidnapped. Ace’s sleuthing work becomes even more urgent when Miami Dolphins players, including star player Dan Marino, are kidnapped. Ace closes in on the criminals with the help of Dolphins agent Melissa Robinson, but not before a series of hilarious incidents.

Lloyd and Harry are two charming and pleasant, but incredibly foolish pals who struggle with everything. Lloyd, a limo driver, drops off the lovely Mary at the airport and falls head over heels in love with her. He sees Mary leave her case behind while watching her via a window. Lloyd is too late to grab her case, but he quickly comes up with a plan B. Lloyd drives to Aspen, dragging Harry behind him, to personally give the case to her. However, Mary isn’t the only one interested in the case; a couple of criminals are also interested.

Fletcher Reede, a fast-talking lawyer and divorced father, is an extraordinarily successful lawyer who has built his profession on lying. Fletcher has a history of putting his job first and never keeping commitments to be with his little son Max, but he disappoints Max once again by missing his own son’s birthday celebration. But, until then, at 8:15 p.m., Max has resolved to turn his father into an honest guy, as he hopes his father could not lie for one day. Fletcher can only reveal the truth when his desire comes true, and he cannot tell a single lie. Fletcher Reede is on the verge of losing his job.

Following a failed marriage proposal to his girlfriend, Steven Kovacs has moved into his own apartment. The two have decided to spend some time apart. Steven’s new cable guy, who goes by the name “Chip Douglas,” strikes a deal with him for free cable. Chip sees this as a chance to strike up a friendship with Steven. Despite several obstacles in the path, the two clicked. Steven, on the other hand, sever relations with Chip after he exposes himself to be a problem. Chip vows vengeance and goes to great lengths to avenge Steven in whatever way he can.

A green hermit known as the Grinch has been living in Mount Crumpit on the borders of Whoville with his only friend and pet dog, Max. The Grinch has put himself in exile due to his hatred of Christmas and after he was bullied by his former school peers after he tried to impress his childhood crush and only female friend, Martha May Whovier, but this ended in humiliation for the Grinch, as Augustus Maywho, the corrupt mayor of Whoville, began belittling him even more. Cindy Lou Who, the daughter of Lou and Betty Who, believes that the Grinch has some redeeming qualities. Cindy, on the other hand, recognises that Christmas is about spending time with loved ones and not about material possessions. In retribution for being mocked and the inhabitants’ insatiable need for gifts, The Grinch concocts a scheme to spoil Christmas by showing up as Santa.

Joel Barish is taken aback when he learns that his lifelong love, sparky Clementine, has had him removed from her mind. Poor Joel musters the strength to undertake a simple but complex medical treatment to pay her back in kind, completely oblivious to the fact that darkness is an integral element of the light. Now, as Joel’s bitter and angry memories of Clementine melt away, leaving only a soulless black nothingness, he has second thoughts, playing with the possibility of halting the irreversible process.

In post-World War II Hollywood, Peter Appleton was an egoistic studio script writer. Appleton’s career is only getting started when his name comes to the notice of a Congressional committee looking into famous Americans’ Communist ties. Appleton drinks too much and then goes for a lengthy trip to attempt to figure things out after being banned by his studio. He wakes up on a secluded beach near a small village, only to realise that he has amnesia and has no memory of his history. But that doesn’t stop locals from remembering him as Luke Trimble, a much-loved hometown youngster who shares an uncanny similarity to Appleton. In the weeks that follow, the villagers “remind” Appleton why Luke is so well-liked, and he finds himself living up to a new set of principles he never had before his injury, and he likes himself even more as a result.

The Bauedelaires are three young orphans, Violet, Klaus, and Sunny, who are looking for a new home and are taken in by a series of strange relatives and other people, including Lemony Snicket, who narrates this film, and beginning with the cunning and dastardly Count Olaf, who hopes to swindle them out of their inheritance. Violet, the Baudelaires’ oldest and bravest member, is fourteen years old. Klaus, the only son in the family, is twelve years old and extremely brilliant. Sunny, the smallest of the group, speaks in a language that only her siblings understand and bites.